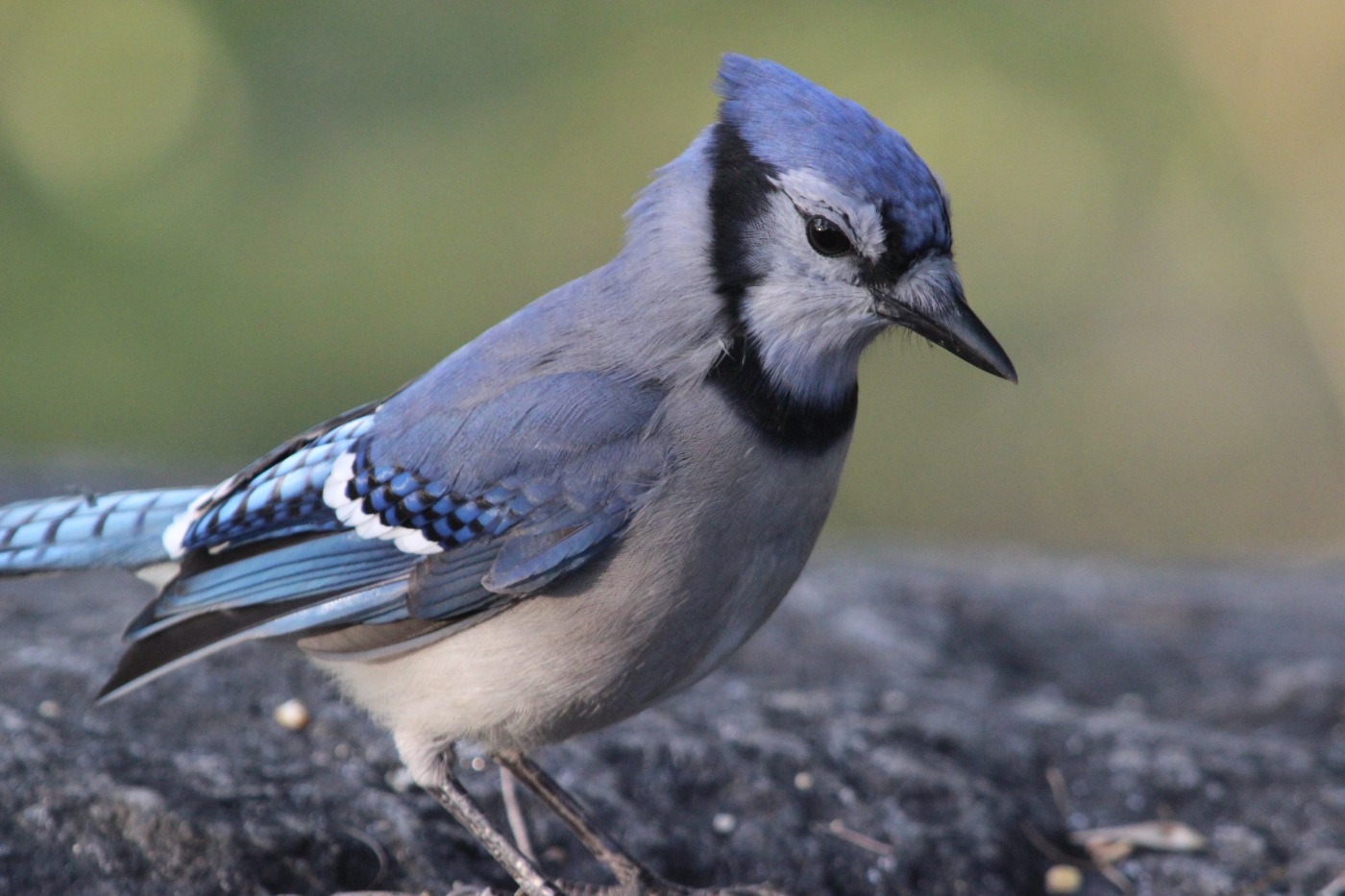 Hey guys! Welcome back! (that’s sort of been my intro, huh?) If you read the end of the last post, then you probably had a couple of guesses about which bird I’d be featuring today. I said it was one of the most identifiable birds due in part to a Major League Baseball team. Well, if you said Baltimore Oriole, or Northern Cardinal (probably a better answer than the correct one lol) you were wrong. We will get to both of those birds eventually, but today we’re discussing the Blue Jay!

I’m not gonna lie, I love the Blue Jay. This won’t be the last time I mention this, but like a lot of little boys, I was a huge dinosaur nut. And we now know that modern birds evolved from some species of dinosaur, and I think the Blue Jay is one of those species I look at and can see a tiny little dinosaur. Blue Jays are brash and loud and bullies. They’re kind of like the jocks of the bird high school. And when I say they’re bullies, I mean it. They’ll often harass raptors to drive them away from their territory. If you’re out birding and hear a bunch of Blue jays screaming, chances are, there’s a raptor nearby. They’re also mimics. They make a lot of sounds. I’ve joked while doing bird walks that if you hear a bird and don’t know what it is, it’s probably a Blue Jay. And while that might be a slight exaggeration, I can’t tell you how many times I heard an unfamiliar sound only to see it was coming from a Blue Jay. They will often even imitate the call of a Red-tailed Hawk! They usually aren’t great at it, but the good ones will certainly give you pause. As for why they do it, well there’s a number of theories from warning other species of a nearby predator, to trying to scare off other species to steal their food. Speaking of, Blue Jays are opportunistic feeders. They’ll eat seeds, fruit, insects, bird eggs, pretty much anything they can get their beaks on.

Except the Florida Scrub Jay, the Blue Jay is the only jay species in eastern North America, while the west coast is home to a number of jays. Blue Jays are also members of the corvid family, along with crows and ravens, and as such, are highly intelligent. Like other blue-colored birds, the Blue Jay isn’t actually blue. Birds cannot produce blue pigment. Instead, the structures of their feathers refract light in such a way that only the blue wavelength comes through. Much like why the sky is blue. In fact, if you find a Blue Jay feather, shine a light behind it and you’ll notice that it’s actually a dark brown. Side note: the color blue has a fascinating history, much of which is covered here.

Though they can be annoying (I’ve had them screaming outside my window at 6 in the morning. Believe me, I know they can be annoying), they really are cool birds. I can’t wait to get to the west coast and meet some of the Blue Jay’s cousins! Hopefully, you guys think the Blue Jay is cool too! Come back next time when we’ll check out a tiny bird that loves to visit backyard feeders!