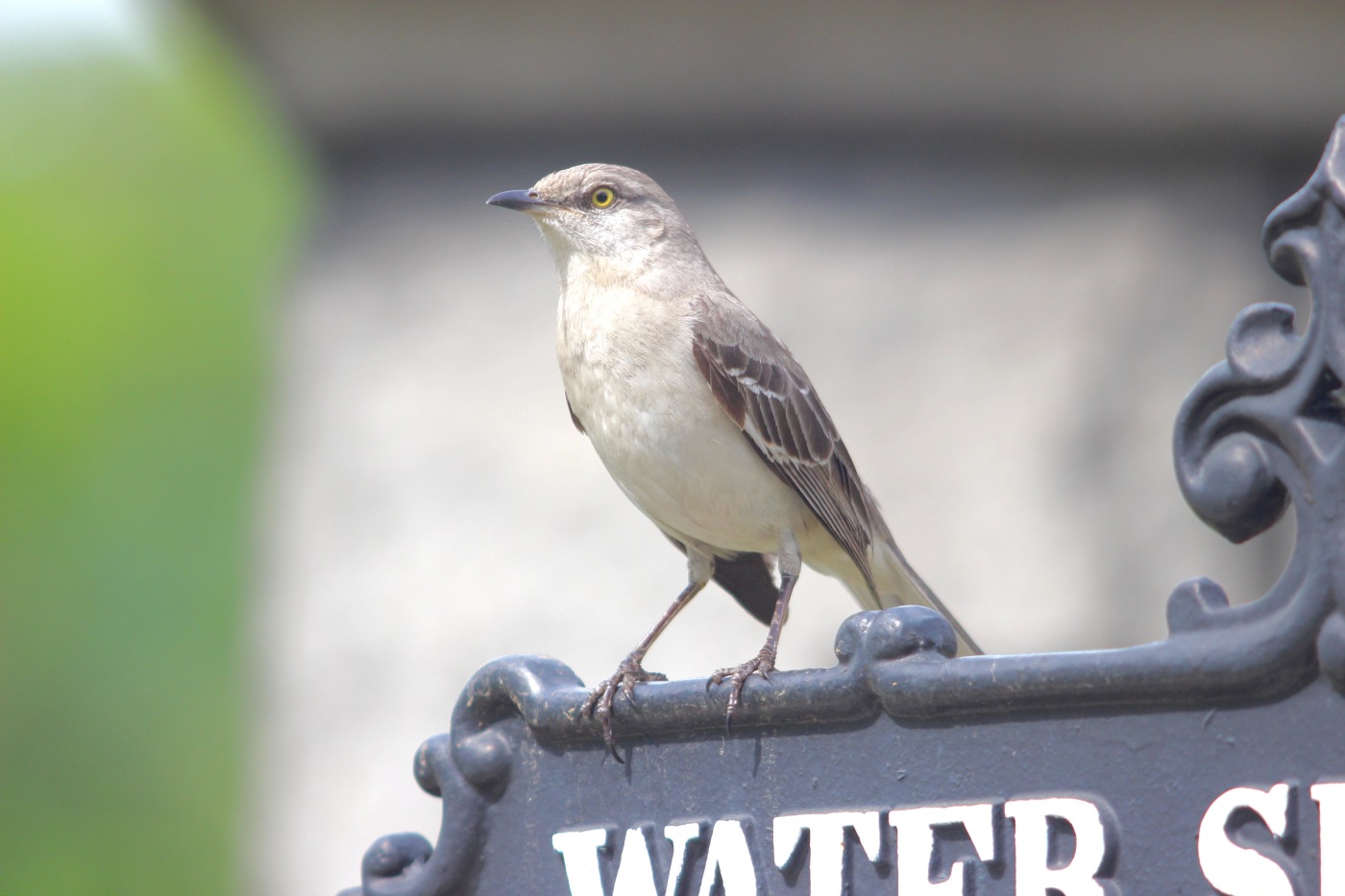 Hey guys, welcome back! Hope you’re all enjoying spring migration! Today, we don’t have a fancy, colorful migrant, we have a grey colored resident bird; the Northern Mockingbird. The Northern Mockingbird is the only mockingbird species found in the U.S. but it does have several close relatives on the continent (the Gray Catbird, and the thrashers.) They are common residents in most of the eastern and southern U.S. and they can be very territorial. They’re very common throughout New York City, and I have been attacked by a mockingbird on more than one occasion. They nested throughout my old neighborhood of Astoria, in the borough of Queens, and if you walked too close to their nest, well watch out, you’ll probably get dive bombed!

The Northern Mockingbird is a fairly large bird, about Blue Jay sized, and is grey throughout, with darker wings that have bright white spots on them (making it very easy to spot one in flight.) They also have pretty long tails. They are known, and named for, their ability to mimic sounds. It’s believed that males that can mimic more sounds, are more attractive to females. These guys will sing almost constantly, switching between songs, kind of like a car alarm. You’ll often even hear them singing in the middle of the night!

Northern Mockingbirds are ground foragers, so you’ll likely not see them in the forest. They prefer open areas where they can forage for bugs and worms, though they do eat berries and fruits as well, especially in winter when insects are more scarce. When I worked in Central Park, the Northern Mockingbird was very common in the northern part of the park. It was because that area of the park has far less people visiting it, and it has more suitable habitat, but we always joked it was because it was the Northern Mockingbird. I think I’ll leave you guys with that bad joke. Join me next time when we look at the Northern Flicker! See you all then!

One thought on “Northern Mockingbird”