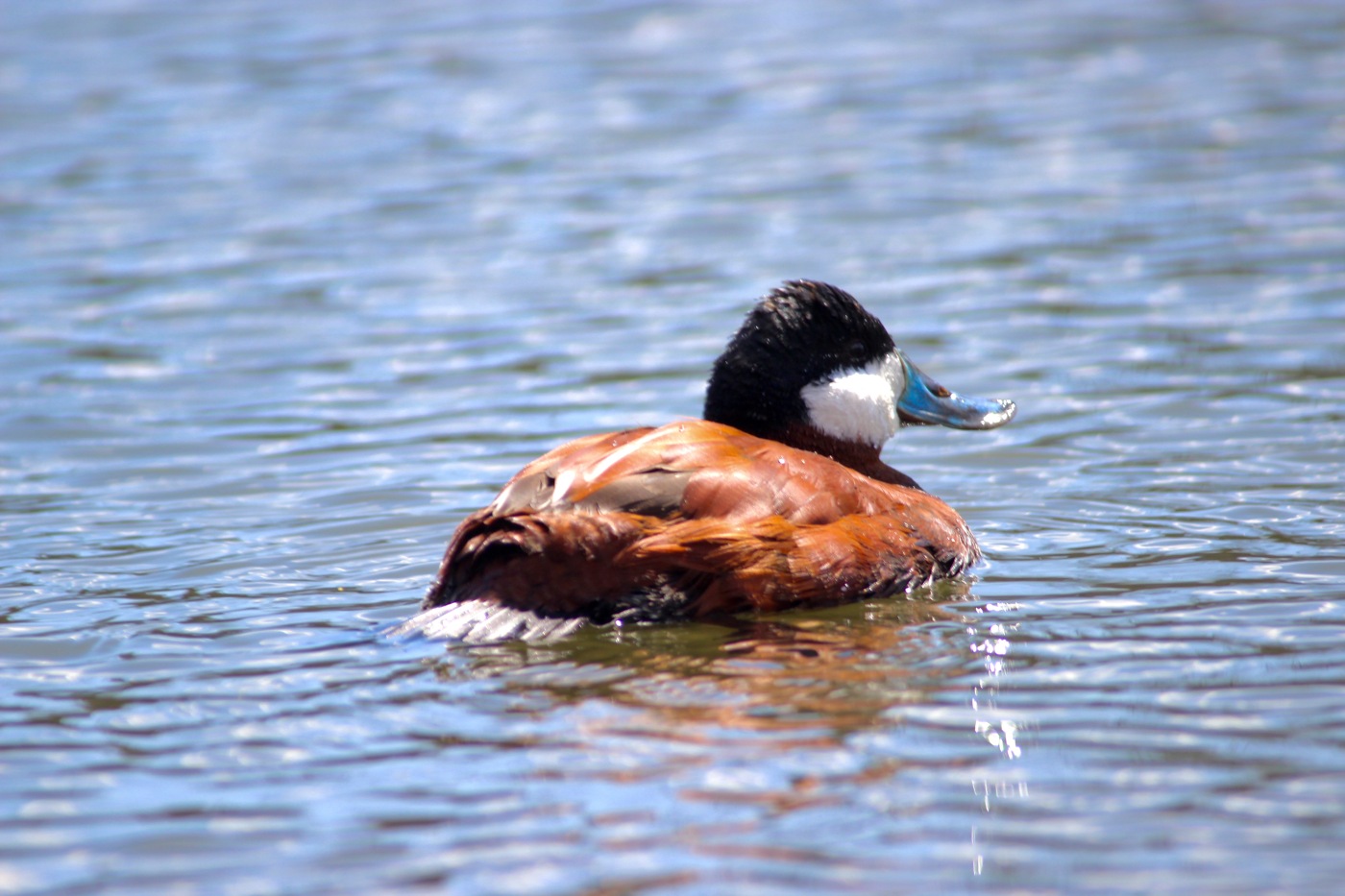 Hey guys, welcome back! Today’s bird is one known partially for its bright sky blue bill. Despite this, however, I’ve only ever seen a few in full breeding plumage. This fact is even crazier when I tell you all that I’ve also seen literally hundreds (possibly thousands) of Ruddy Ducks in my day. How is this possible? Well, it’s all about geography. Ruddy Ducks breed in what’s known as the Pothole Region of North America. They winter further south and east. Central Park is a favorite wintering ground for Ruddy Ducks. They’d arrive by the hundreds in late fall/early winter. You’d typically only ever see them on the large Reservoir in the middle of the park (that’s where it’s not uncommon to see a few hundred in winter), and on the Harlem Meer in the northern end of the park. And since they only spent their winters in New York, they’d almost never be seen in breeding plumage. You’d often see them starting to get their blue bills, but they’d always depart before it came in completely. In fact, my last spring in New York (2018) was the first time I saw any in the park that had completely transformed. The pic above is one of those birds.

Their winter plumage is pretty drab. Males still have the white cheek but everything else (including their bill) was a drab grey/brown. Ruddys are small diving ducks. They often hold their tails up in the air while swimming, which can make them quite easy to pick out amongst other waterfowl. In summer, in addition to the bright sky-blue bill, the male Ruddy Duck has a vibrant brown body. The name ruddy means “having a healthy red color,” and the brown of the Ruddy Duck is certainly that.

Ruddys are also a very old species, with fossils found dating 11,000 years old. That’s always something that’s hard to wrap my head around. Like, I know in my head that, yes, the species on this planet have been here for thousands of years, but when I hear the word “fossil” I immediately think about extinct animals that lived a lot longer ago than that. It’s just crazy to me that there are animals alive today, that we see all the time, that also exist in fossil form! Next up we have a warbler species that acts more like a shorebird; the Louisiana Waterthrush. See you all then!