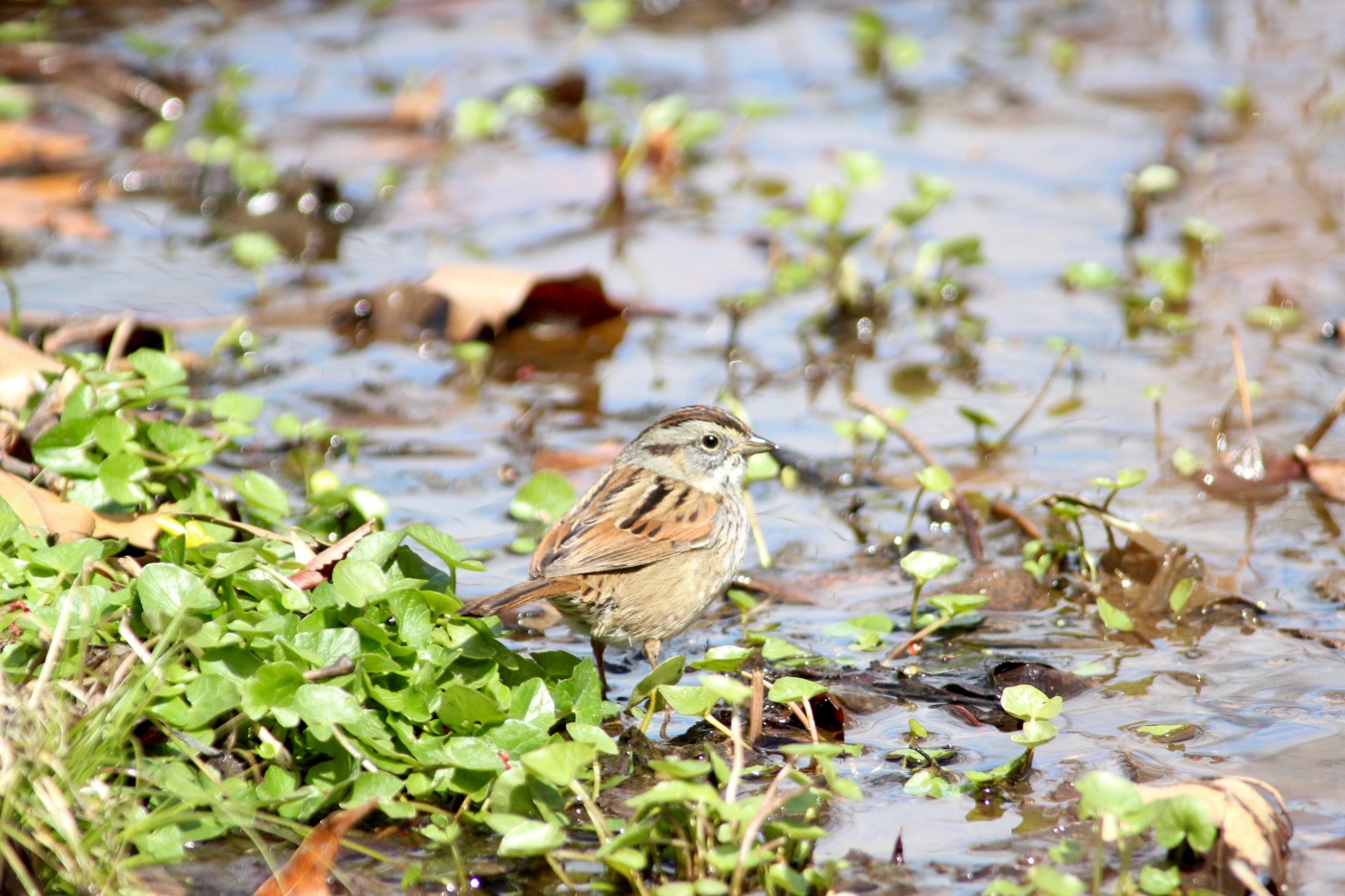 Found in the eastern half of the U.S., the Swamp Sparrow is most common in the winter, spending its summers throughout Canada. Swamp Sparrows usually have a dark appearance, mostly because they’re typically found in shadowy areas under vegetation. They are actually quite colorful (for a sparrow) featuring a white throat, bright rusty cap, rufous wings, and a grey face and nape. I once described their appearance to a former coworker as having traits of multiple other sparrows: white throat like a White-throated Sparrow, rusty cap like a Chipping Sparrow. and it helped them get more comfortable with ID. Perhaps habitat is the best clue to the Swamp Sparrow’s identity. They love marshy, muddy areas. All the ones pictured in this post were hanging out with either Louisiana or Northern Waterthrushes. The only other sparrow that hangs out as close to water is the Song Sparrow, but they typically don’t actually wade in the water, and are also heavily streaked.

Swamp Sparrows have always been cool sparrows to me. I think it’s because I got really good at IDing them, and enjoyed being able to show off that skill. I remember the first few encounters I had with them, I thought they just passed through, and didn’t stick around for long. But as I got more comfortable with identifying them, and noticing where they liked to hang out, I noticed that they often spend all winter in Central Park. There were two in particular I would see nearly every day throughout the winter at the Park’s Harlem Meer. It was a cool bird to get to watch every day in the dead of winter. I was always surprised that there was that much food in the seeming deadness of the season. Join me next time for a bird that enjoys the same type of habitat, but is much larger; the Black-crowned Night Heron. See you all then!