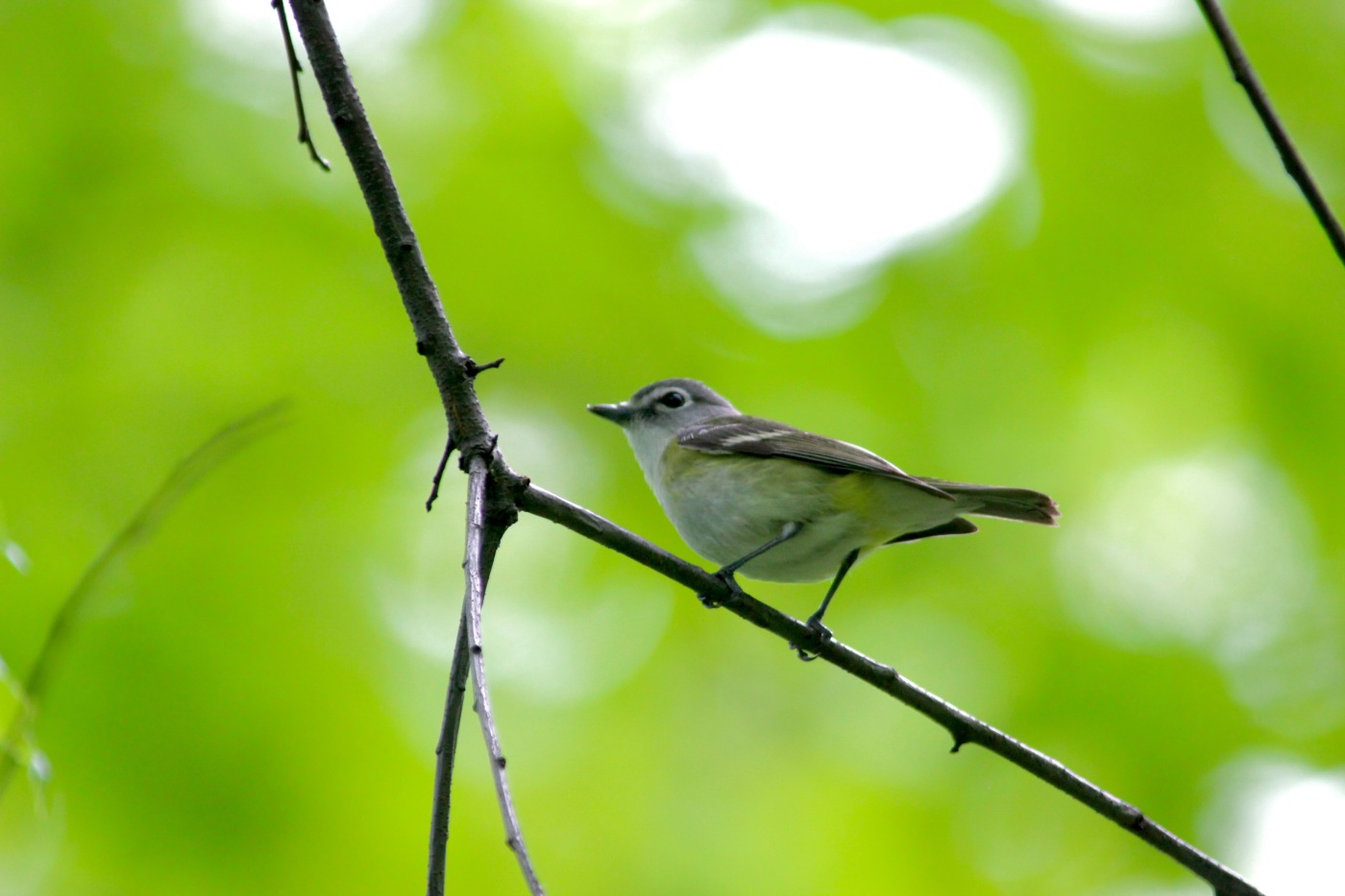 Hey guys, welcome back! Today is our first vireo species! Found in the eastern U.S., here’s another bird with some tricky taxonomical history. However, unlike the yellow-rumped warbler from last time (which may or may not actually be 2, 3, or even 4 separate species lumped together), the blue-headed vireo used to be lumped with two other vireos as one species. Formerly known as the solitary vireo, three species of vireo were lumped together in the 1950s, but thanks to molecular data were split apart again in the 1990s. The three species are the blue-headed, Cassin’s, and plumbeous vireos. The three are found in different areas, and have different songs, but otherwise look very similar. Bluish-grey head, mossy green back, and white “spectacles.” The blue-headed vireo is the most brightly colored of the three birds that formerly made up the solitary vireo. The spectacled look is a trait shared by most vireos. But what is a vireo?

Vireos are cool little birds. They are a really good example of convergent evolution. They look, and act a lot like warblers. Small insectivores that almost never stop moving. But, they aren’t closely related to warblers at all, they simply evolved many of the same traits. Look for them high in the canopy of trees like many warblers. Blue-headed vireos tend to like coniferous trees more than other vireo species.

Blue-headed vireos are common throughout the eastern part of the U.S. and breed in the higher elevations like the Appalachian Mountains, as well as southern Canada. Unlike most warblers, the blue-headed vireo maintains roughly the same plumage year round, with very little difference between breeding and non-breeding. I always like seeing the blue-headed vireos. There’s simply no other bird that looks quite like them, well in the east anyways. Can you believe it’s already almost the end of July!? So crazy! Join me next time for a break from the heat as we take a look at a bird most common in the U.S. during colder months; the purple finch! See you then!

One thought on “Blue-headed Vireo”