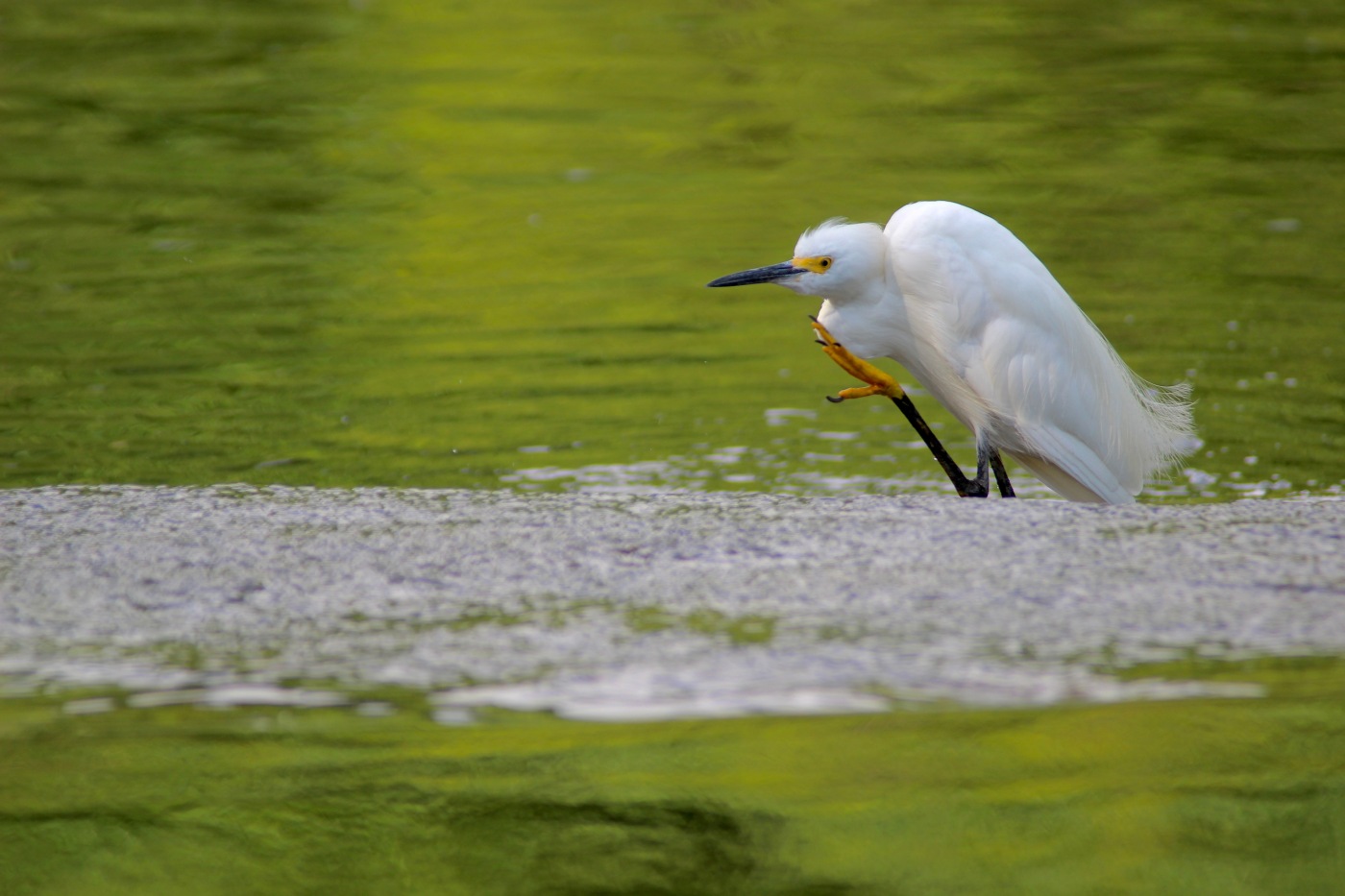 Hey guys, welcome back! Today’s bird is a small white heron known as the snowy egret. Upon quick glance, you might think it’s difficult to tell this from the more widespread great egret. After all, they’re both all white herons. When I first started working in Central Park, colleagues were always trying to spot the differences to see which bird they were seeing. But after seeing a lot of great egrets, it actually became quite easy to figure out. I was always told when I was starting out birding to look at the feet. The great egret has all yellow legs and feet while the snowy egret has black legs with yellow feet (to help myself remember this, I used to say the snowy looked like it was wearing snow shoes.) The problem with using this as your identifying feature is that it’s not always easy to get a look at the birds feet when it’s wading around in water.

The other ways to tell are actually the ones I use much more often. The first is not the color of the feet, but the color of the bill. The great egret’s bill is yellow, and it has green right around it’s eye, the snowy egret is yellow around the eye, and their bill is black. For me, that’s easier to spot than feet. Also there’s size. The snowy egret is about a third the size of the great egret. Using size to ID birds is often only helpful when there’s another bird around to compare, but if you’re familiar with the great egret, you’ll notice immediately how much smaller the snowy is.

But be careful with size as well! Young little blue herons are actually all white! Look for size, and bill color (and feet if you can see them) to formulate your ID. When I lived in NYC and St. Louis, I saw plenty of snowy egrets, but I’ve never seen one in Ohio. Upon looking at their range map while researching this post, I realized the snowy egret isn’t quite as widespread as I thought they were. They’re only found in the southern half of the continental U.S. and even then, only mostly during migration, and northern Ohio, where I now live, is outside their range! Who knew! In terms of habits and behavior, they’re fairly typical of other herons, stalking prey along the shores. In NYC, they seemed to prefer salt water, as I would see them along salt and brackish water shores and almost never along the fresh waters of Central Park (or any of the other inland parks for that matter.) Well. I think that’ll wrap it up for today. Next up is another little warbler, the northern waterthrush. See you all then!