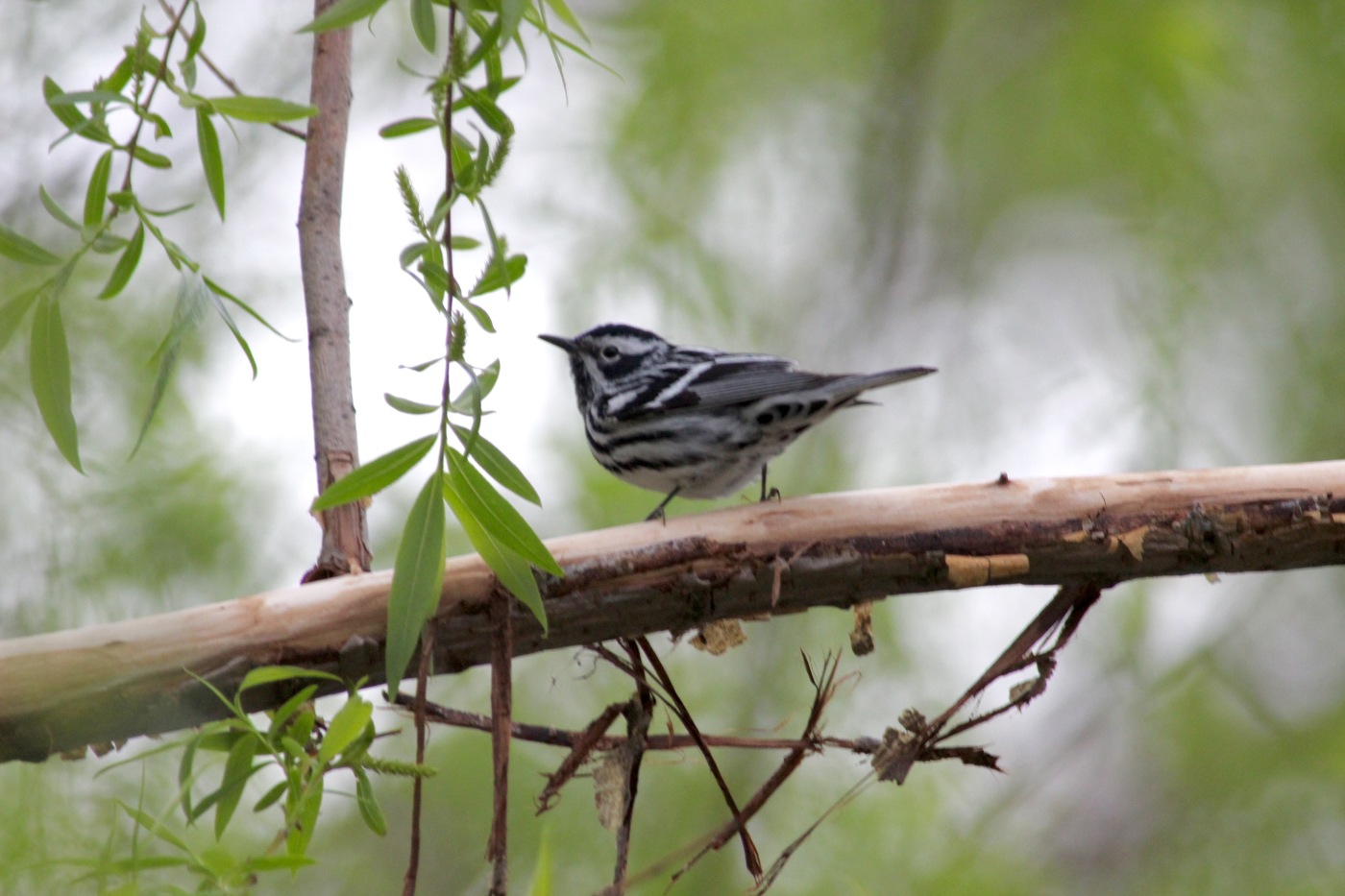 Hey guys welcome back! Warblers are considered by most the stars of migrations here in the U.S. and I can’t totally disagree with that. For a couple months every year, these tiny, often tough to spot birds add a nice challenge to springtime birding. Most like them for their bright colors, and small and cute appearance. And while those things are cool, I like warblers for their diversity. Though all part of the same general family (there are different genera of warblers, but for simplicity sake, we’ll lump them all together), different warbler species take on different behaviors similar to those of other types of birds. Some warblers act like thrushes, some act like sandpipers (like last post’s Northern Waterthrush), and some, like today’s warbler, act like a nuthatch. They even walk down the side of trees on occasion like a nuthatch!

The black-and-white warbler is one of the few birds that I never tire of seeing. I’m always excited to see the first few yellow-rumped warblers every spring, for example, but after a while I’m like “there’s another yellow-rump, yawn.” But no matter how many of these little zebra patterned warblers I see, I never tire of it. Males and females look fairly similar, but females lack some of the black markings on the face, giving them a lighter appearance overall. There’s really no other bird that looks like the black-and-white warbler (except maybe the blackpool warbler, but we’ll save them for another time.)

Black-and-white warblers are pretty common throughout their range, which is Mexico in the winter, and the U.S. and Canada east of the Rocky Mountains during migration and breeding seasons. One other fun fact about them, though you will see them in trees 99 times out of 100, they actually nest in leaf litter on the forest floor! Go figure. Continuing with our warblers, next up is the yellow warbler! See you all then!