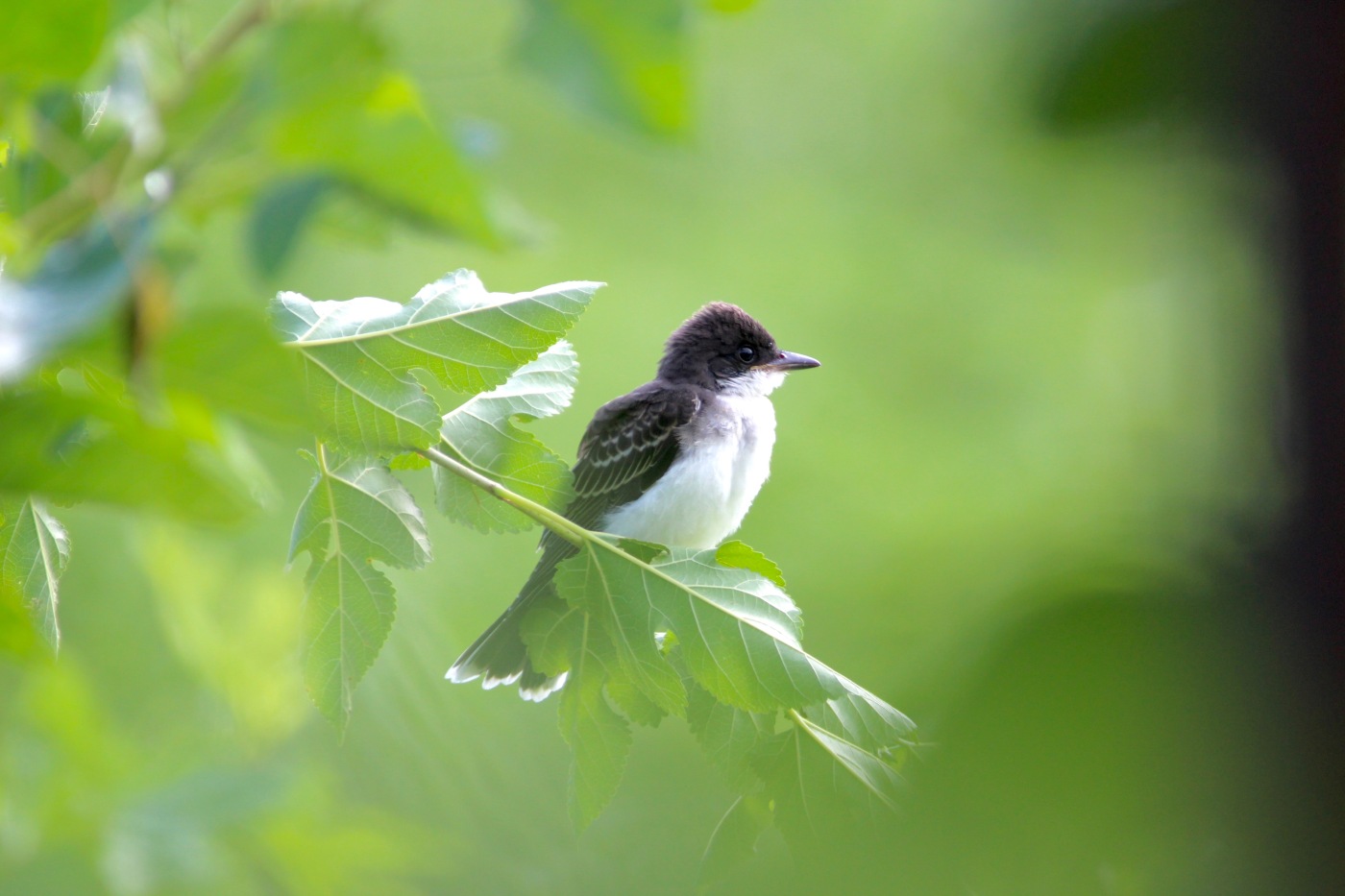 Hey guys, welcome back and Happy New Year! Today, my (to date) favorite flycatcher, and the only bird whose latin name I have memorized, the eastern kingbird! As its Latin name, Tyrannus tyrannus, suggests, this is a fierce little bird, often going after much larger birds like great blue herons, red-tailed hawks and even bald eagles, and have been known to knock blue jays (big bullies in their own right) out of trees completely! As flycatchers go, the eastern kingbird is pretty easy to identify. It’s large for a flycatcher, about the size of other kingbird species (all of which are found in the western US except for this one), and is a sharply contrasted dark gray and snow white. The tail also has a white tip, which can be very useful in identification as well.

One of my favorite all-time birding moments in Central Park was coming upon a parent and young kingbird. There was (is?) a nesting pair at the Harlem Meer in the northernmost section of the park. One summer I saw a kingbird sitting atop a sapling along the waters edge. Then a moment later, another (the adult) flew back with a huge dragon fly in its mouth. It proceeded to feed the dragonfly it had just caught to its young. I just thought that was super cool. After that, they became my favorite flycatcher.

Although kingbirds are in the flycatcher family, they don’t always eat insects. Funny enough, although the eastern kingbird survives almost exclusively on insects in summer here in North America, and are very territorial, not tolerating many other kingbirds around, in winter in South America, they flock together and eat mostly fruits. It’s strange when you think about it. You would think an insectivore migrating south for winter would be doing so because insects become scarce in the northern US, but then they go all the way to Brazil and don’t eat insects! Birds be cray! Join me next time when we head back to sparrows for the first time in a while. See you then!