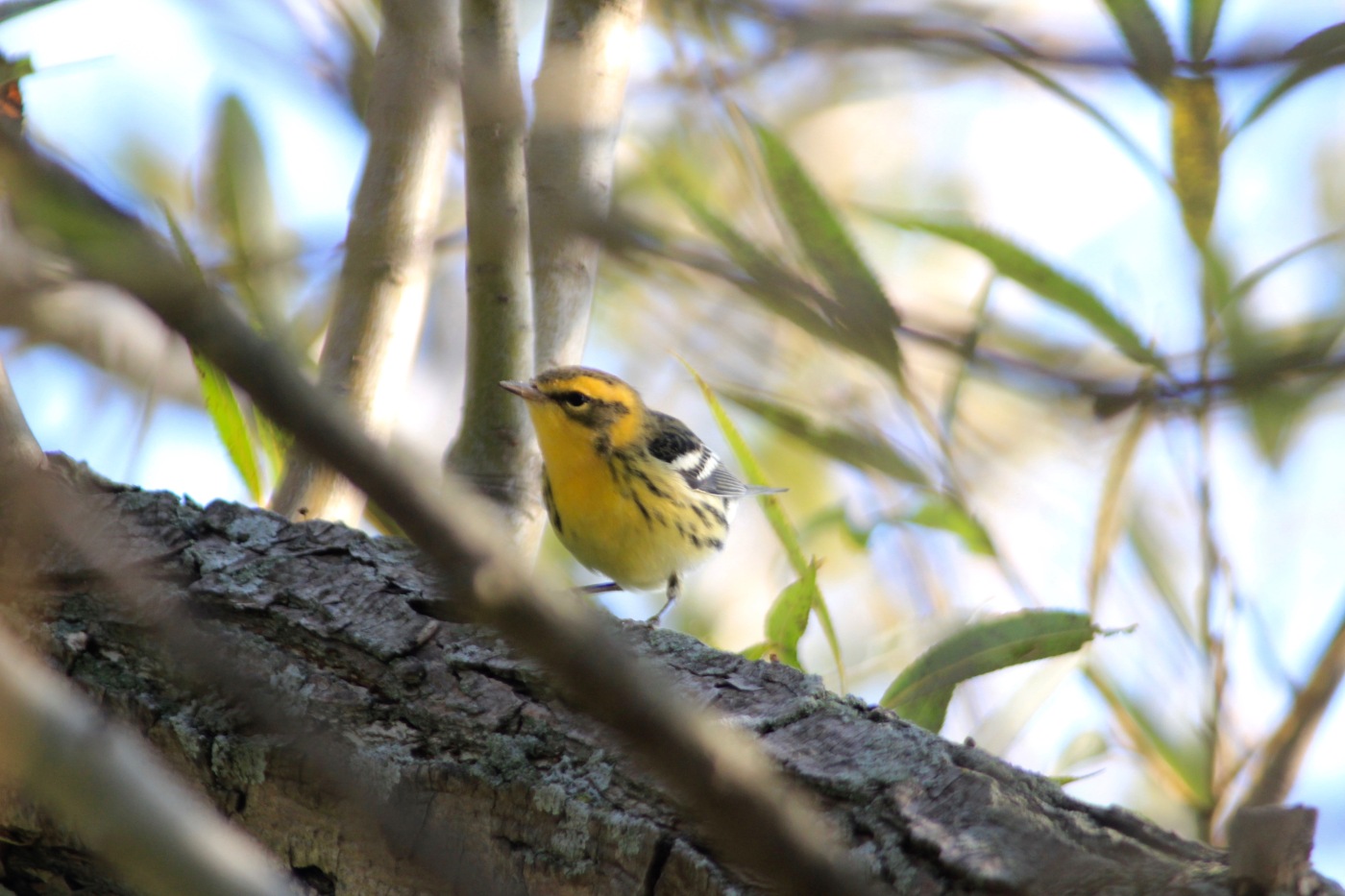 Hey guys, welcome back. Today a truly awesome looking bird, the blackburnian warbler. An eastern warbler, the blackburnian is found pretty much only in the eastern half of the US during migration. They only breed in the northeast, and the upper elevations of the Appalachians. As well as southeastern Canada.

Their backs are black and white, while underneath is a brilliant yellow-orange with black stripes! While still impressive in fall, their color is somewhat faded (as seen by the picture at the top of this post.) In fact, they are the only warbler species that sports an orange throat. Rival males are known to partake in a showy aerobatic flight for the eye of a lady. An interesting fact about the blackburnian is that they will often nest near other warbler species, and when inter-species squabbles occur, they are usually subordinate to them, except for the northern parula, with which they are dominant.

Blackburnians have a long migration flight, taking them from southern Canada to South America. Any bird that migrates that distance has to be a strong flier, and strong fliers will sometimes end up way outside their range. Blackburnian warblers have been reported in places such as Greenland, Iceland, even the Azores! Pretty wild. I always wonder if birds that wander that far off path ever find their way back. Now, I can sit here and tell you how vibrant their orange coloration is, I can even show you pictures. But they can’t prepare you for seeing it in person. It’s about the closest thing to florescence as you can get. I was lucky to see a number of them in the last week. They were actually the first blackburnian warblers I’ve seen in spring since I lived in NYC. Next up, we have a sandpiper! See you all then!