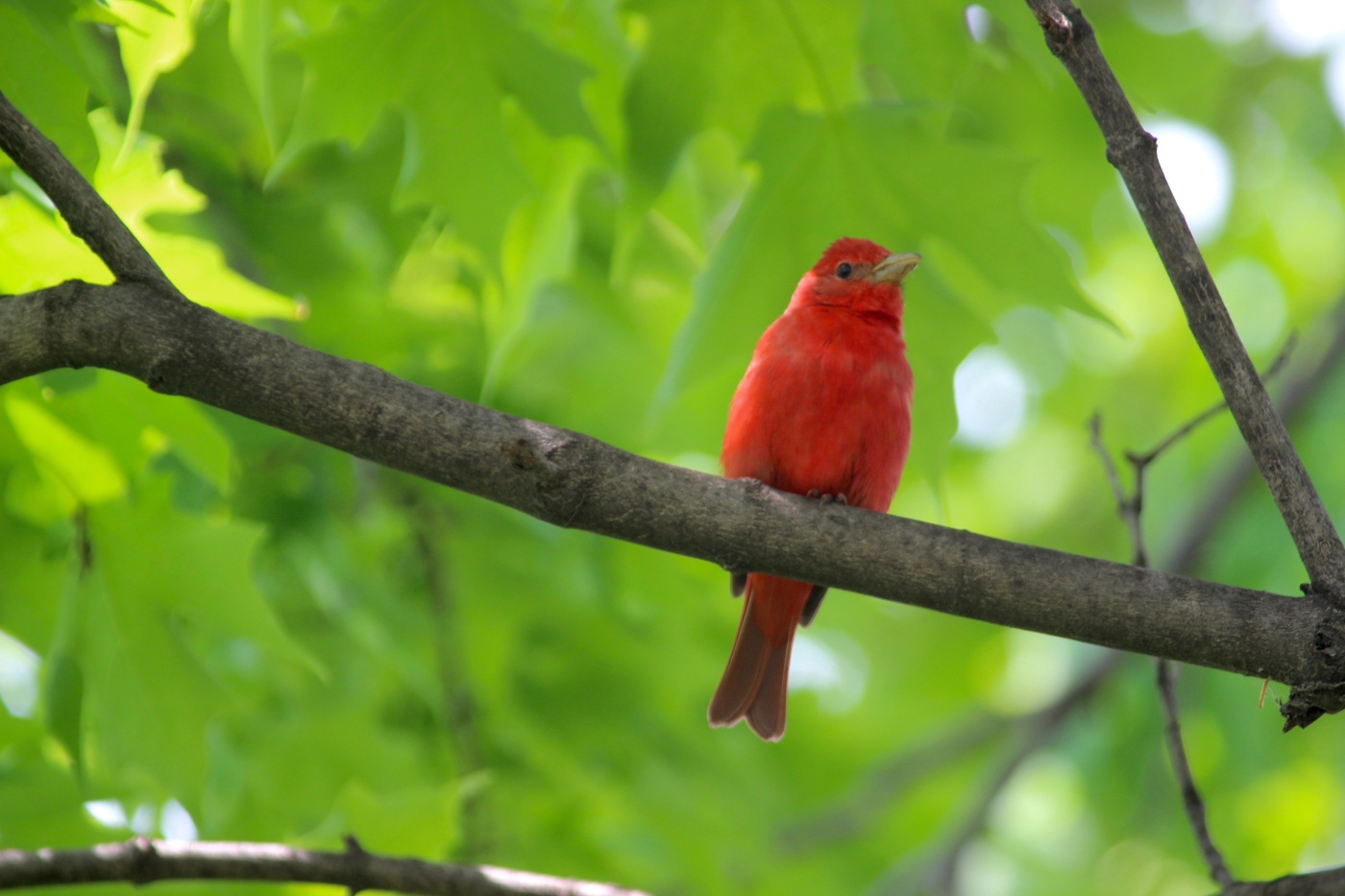 Hey guys, welcome back. Today is our next tanager; the summer tanager. The summer tanager is a bright red bird that lives in the southern half of the eastern US. Despite this, I have seen a few in New York City, which is slightly north of their range. They rarely visit northern Ohio, so I haven’t seen any here yet, but when I lived in Missouri, they were everywhere. And I never tired of it. My first spot was a female. And while they look similar to the female scarlet tanager, one happened to be in the same tree. Side by side comparisons are always a plus. The scarlet tanager has darker colored wings, and are greener overall.

Males are entirely red. I feel like the scarlet tanager is a more vibrant red, but the summer is still striking to see. Females are a yellowish, almost orange color – not nearly as green as the female scarlet tanager. I also was lucky enough to see molting males. These birds are especially cool looking as they are the yellowish color splotched with red.

Like other tanagers, the summer tanager is an insectivore. And if you’re someone that isn’t fond of bees and wasps, then make friends with the summer tanager – they’re bee and wasp specialists. They catch the flying insects, smash them on tree branches and rub the stingers out before eating them. Gruesome, but cool! Next up we have a flycatcher that looks, well like many other flycatchers. See you then!

One thought on “Summer Tanager”