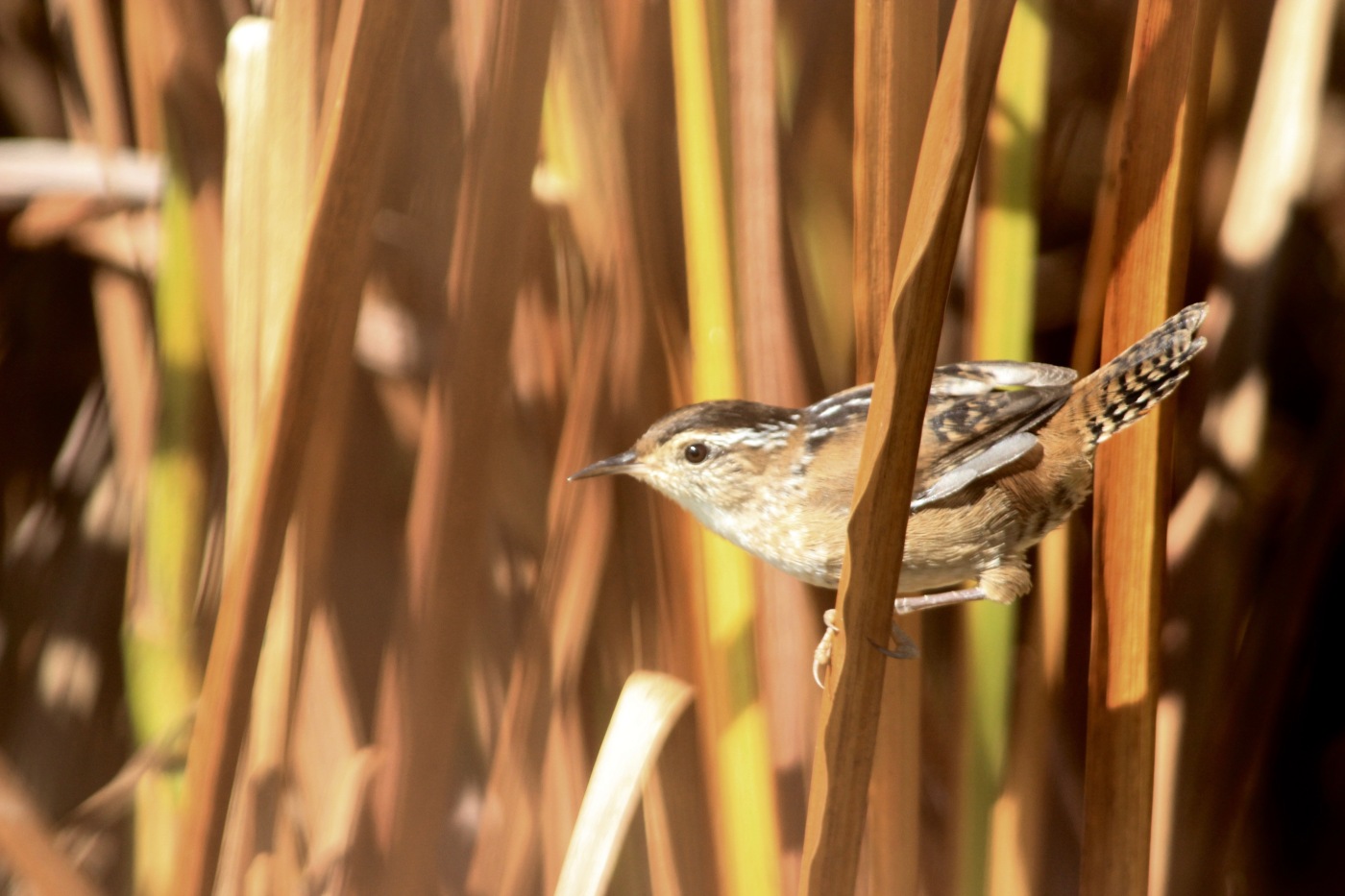 Hey guys, welcome back. Well, we’re back at the marsh again! If you’ve been reading for a while, then you probably know that I choose the order of birds for these entries based on my life list. I simply go on eBird, and sort my life list by date first seen, and that’s the order I go in. So in 2017 I took a couple of trips out to the Jamaica Bay Wildlife Refuge in Jamaica NY to try and get a bunch of shorebirds for my life list. We are smack in the middle of that portion of my list right now, hence all the shorebirds and marsh birds lately!

Today’s bird is the marsh wren. Despite their proclivity to hide in tall reeds in marshes, they can be quite conspicuous. Like most wrens, they are loud and territorial birds. Males will often have numerous mates in an area, and both sexes will routinely pierce the eggs of rival nests. They are typically wren-like in appearance; small, plump, and with a tail they keep cocked up. They are a series of warm browns and whites, with a prominent white “eyebrow.” They are found throughout the US with their range map looking like a swirl of rainbow sherbet with pockets of breeding, wintering, migration spread about with seemingly little sense. Western populations tend to differ from east ones. Western birds are slightly paler in color, and sing completely different songs, leading some scientists to wonder if they are actually two species.

My first marsh wren was a not-so-good look at the aforementioned Jamaica Bay. I wouldn’t see another until I moved to St. Louis. I worked for a time at the St. Louis Zoo and would often walk through Forest Park on my way to and from work. Deciding to do a little birding after work one day, I was in a marshy area of the park, and while trying to get a better look at a common yellowthroat, I found a marsh wren! Turns out they were nesting there, and I saw two of them often for the rest of the season. Here in Ohio, they are quite common in the marshes near Lake Erie. Well, we’re staying with water birds next when we look at a tall wading bird that isn’t a heron or egret! See you then!