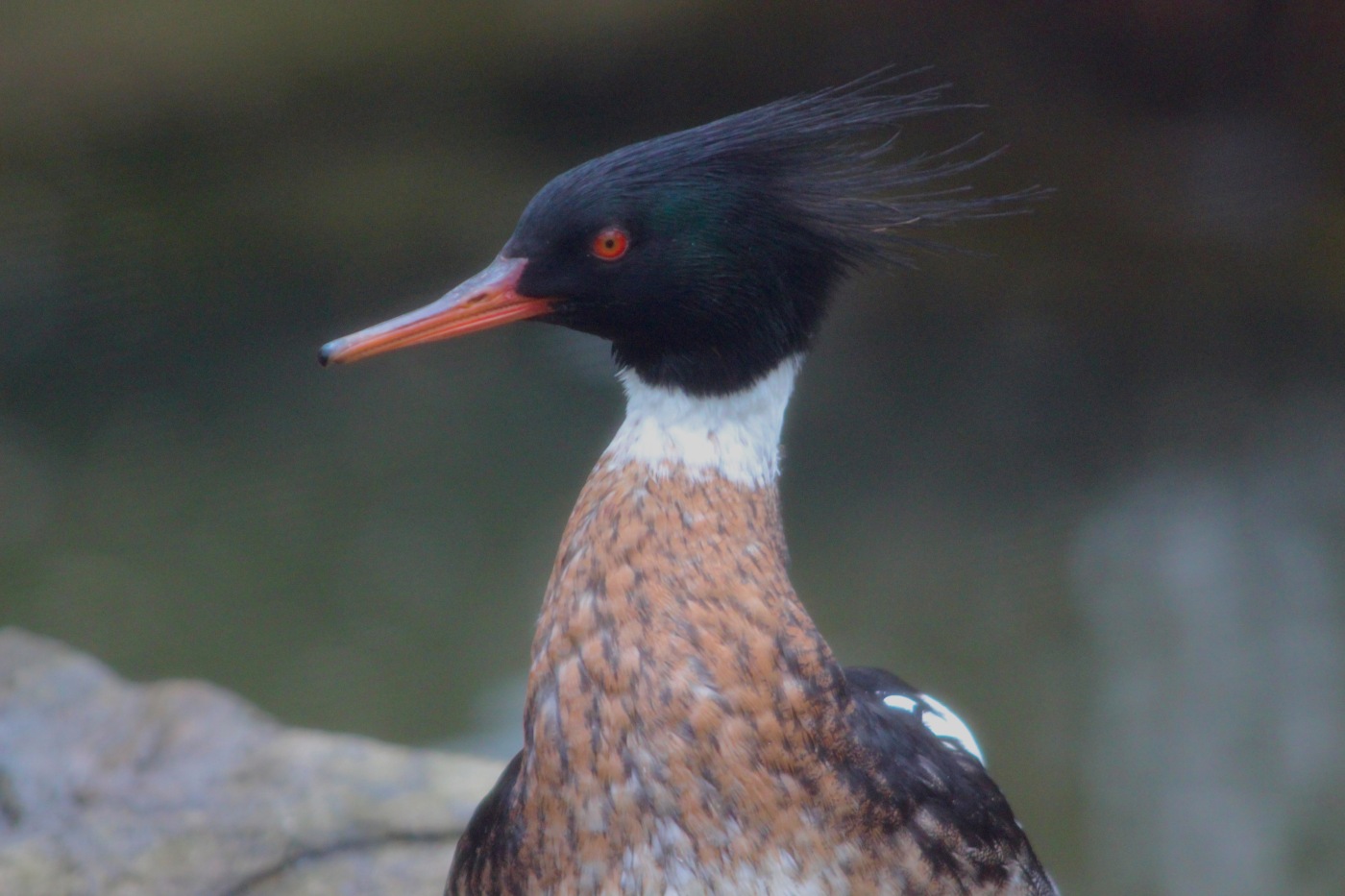 Hey guys, welcome back! Today we look at our first diving duck of this blog; the Red-breasted Merganser. Upon first glance you may or may not be wondering if this bird is, in fact, a duck. The answer is, taxonomically, yes. They are within the same family as ducks, swans, and geese. The Red-breasted Merganser, like other mergansers (sometimes called goosanders in Europe) are diving ducks that eat fish. One look at their bill gives it away! They have a long, thin bill that is heavily serrated, with a slight hook at the end for gripping fish.

Red-breasted Mergansers breed in central and northern Canada, and winter along the U.S. Atlantic, Pacific, and Gulf coasts. Red-breasted Mergansers are medium sized diving ducks, and like most waterfowl are sexually dimorphic. Both males and female have crests, but males have a dark green head, white neck, and a red breast (that’s really more of a brown color.) Females are generally brown-grey overall and look very similar to the female Common Merganser. Truth be told, I still have trouble telling the two apart. For me it’s less that they look similar and more that I’ve only ever seen one male Common Merganser and so I forget sometimes what the female looks like. Generally the female Common Merganser has a more distinct brown head, white breast and grey body., while the female Red-breasted is the same color, but those colors fade into each other much more gradually. 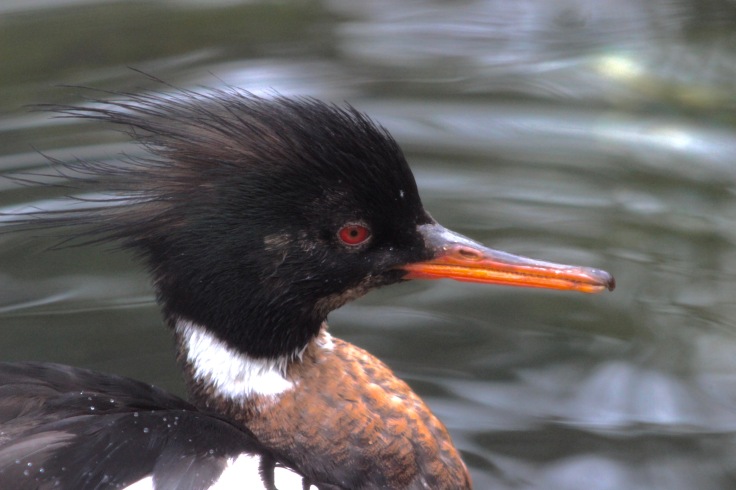 I have yet to see one in Missouri, and in New York, only on occasion, and then only in winter months. As such, I don’t have many pictures to share on this post. Sure the one at the top of the post, and the one above are great, but that bird in particular lives at the Central Park Zoo. If you are in New York, you can see them fairly consistently off the southern coast of Randall’s Island in January.

Mergansers are cool ducks. They are one of the fastest flying birds clocking in at speeds around 80 mph! They’re superb divers and swimmers, thanks in part to having powerful legs that are set fairly far back on their bodies. This does, however, inhibit their ability to walk on dry land; they can do it, but it’s difficult for them. Even in the sometimes very turbulent waters of the Hell Gate in NYC, they seem to dive and pop up “upstream” with no trouble at all. That’ll about wrap it up for today. Water bird February continues next time with a bird that isn’t a duck, but kind of acts like one; the American Coot.

One thought on “Red-breasted Merganser”