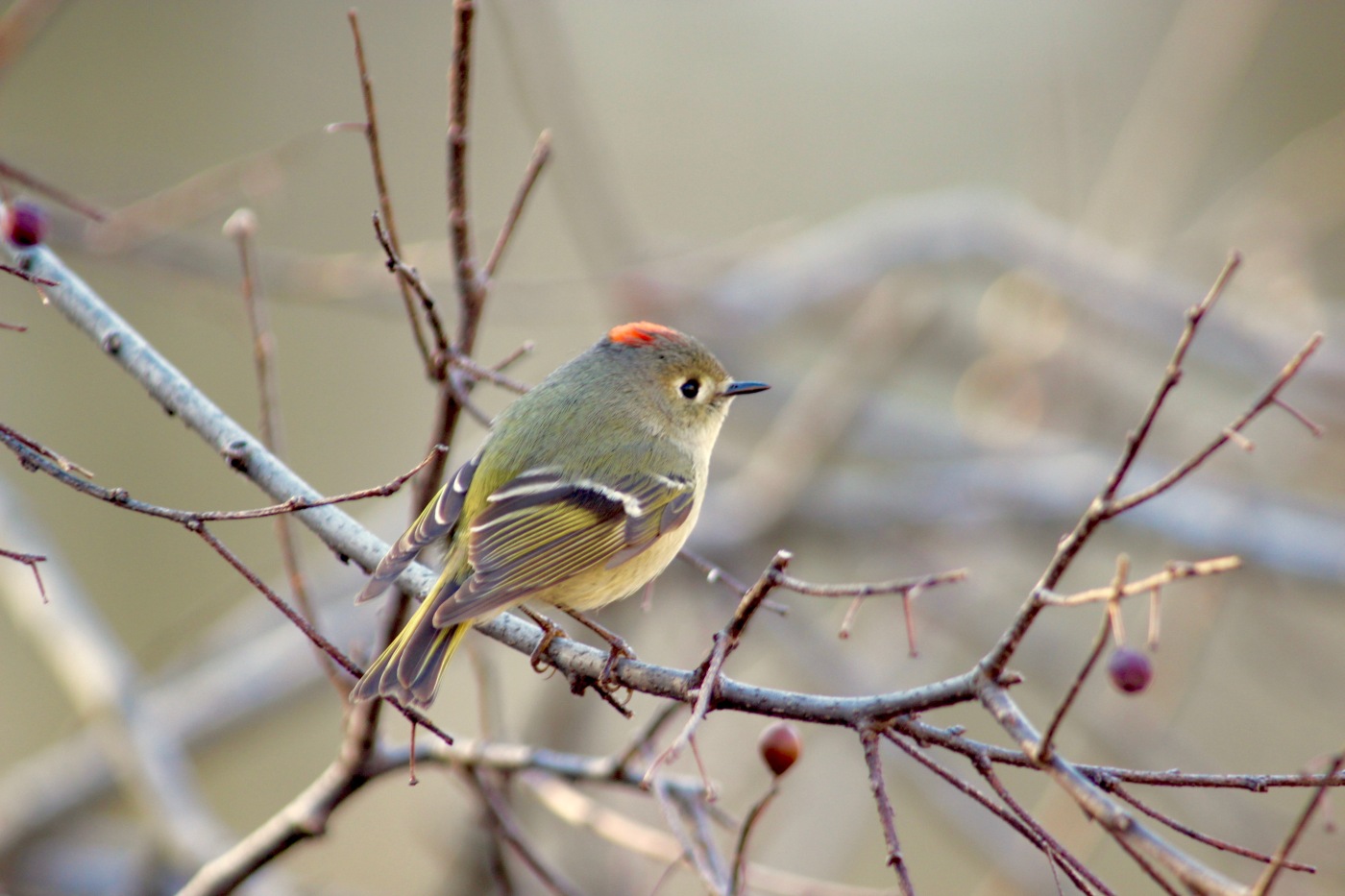 Kinglets are tiny, frenetic birds. Insectivores, kinglets are constantly on the move going after bugs nearly invisible to the human eye. This behavior makes them both easy and difficult to spot. Easy, because they’re always moving, so if you’re tuned in to looking for movement, you can spot them right away. Difficult, because they never hold still long enough for you to get a good enough look at them! I’ve been pretty lucky photographing kinglets, as the pics in this post can attest. They move so rapidly, that you need to really be good at using a pair of binoculars to see them. My friend Marieke doesn’t think they actually exist, they move so fast. She thinks they’re just a trick of the light! But kinglets do exist, I promise!

Ruby-crowned kinglets are widespread, found nearly everywhere from southern Mexico to northern Canada. They winter in the southern U.S., and summer in Canada. So although they can be found year round in the U.S., they’re mostly winter/migration birds here in the lower 48. That’ll wrap it up for today. Join me next time when we look at one of my favorite sparrows; the Field Sparrow. See you all then!