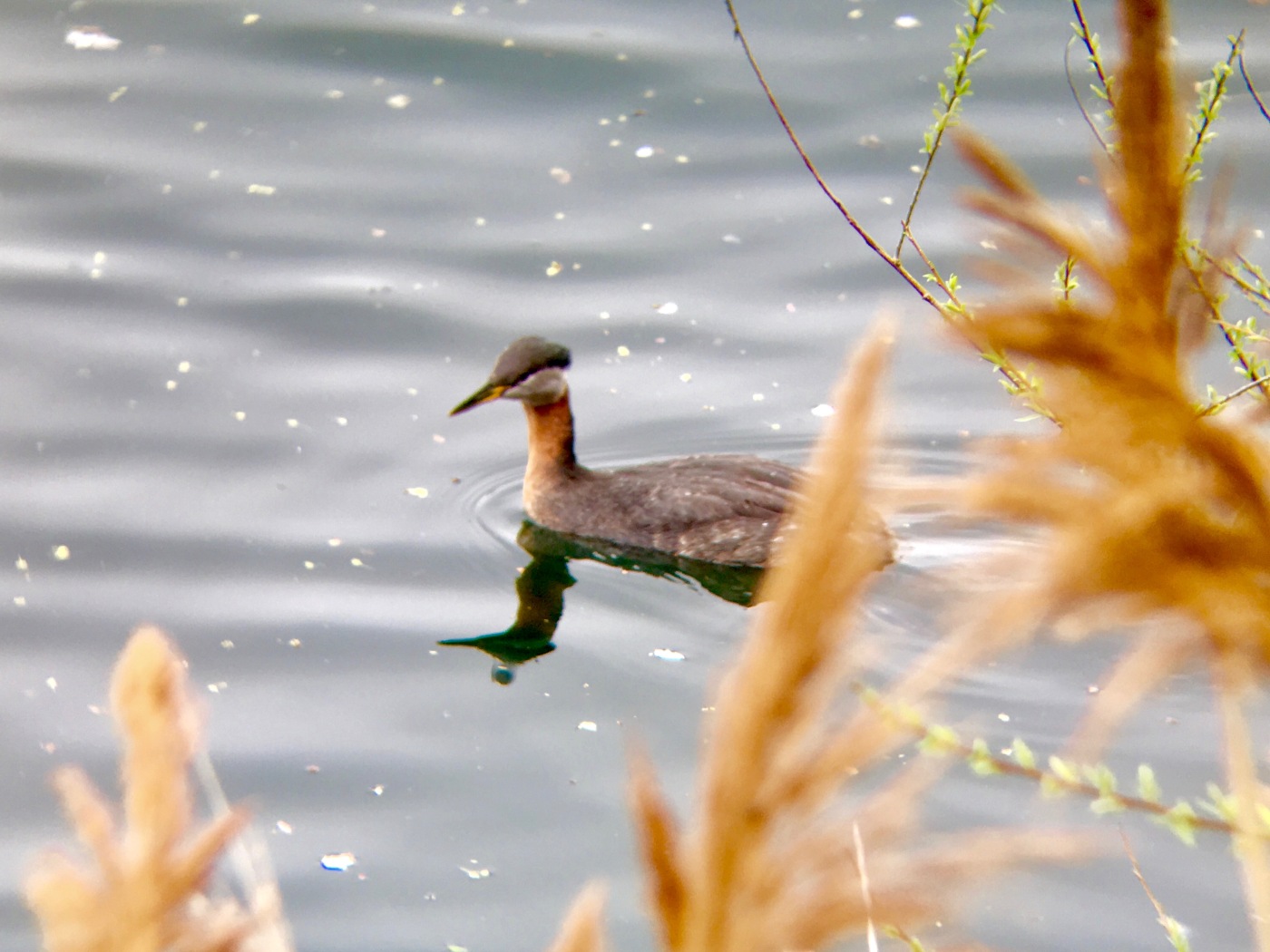 Hey guys, welcome back. Today is the red-necked grebe. These birds are not found in many parts of the US. Typically only along the Atlantic and Pacific coasts in winter, and pockets of the northeast during migration. Though a small number of them breed in the extreme norther plains state, most of them are found in Canada. Like other grebes, these birds are kind of a heron/duck mix. They swim on the water and dive much like a diving duck does, but they are equipped with a heron-like spear of a bill. The adult red-necked grebe is a mostly dark gray bird, with white cheeks and a brick red throat, that is absent during non-breeding season.

The red-necked grebe is a medium sized grebe. Larger than the pied-billed and horned grebes, but smaller than the western and Clark’s grebes. The only one I’ve seen to date showed up at Central Park’s Reservoir. It hung around for a couple months before heading out. I got to see it molt from non-breeding to breeding plumage. I later found out it was a rehabbed bird that was released there. Although within their range, it is rare that they end up in Central Park proper. This did reignite the debate of whether a released bird “counts.” As I’ve stated in the past, it’s been my experience that whether a rehabbed bird “counts” towards one’s list is a sliding scale. It just always seemed that other birders I was around had different opinions on the matter depending on the species (and how rare it was) in question. Fewer people I came in contact with seemed to care about the red-necked grebe than some other released birds. My personal opinion is that the bird may not have gotten there on its own, but could certainly leave on its own, so if it chooses to stay, why not count it? The red-necked grebe stayed in the park for a couple months. I think at that point, you should be able to count it. But, hey, that’s just my two cents. Next up a funny little shorebird. See you all then!