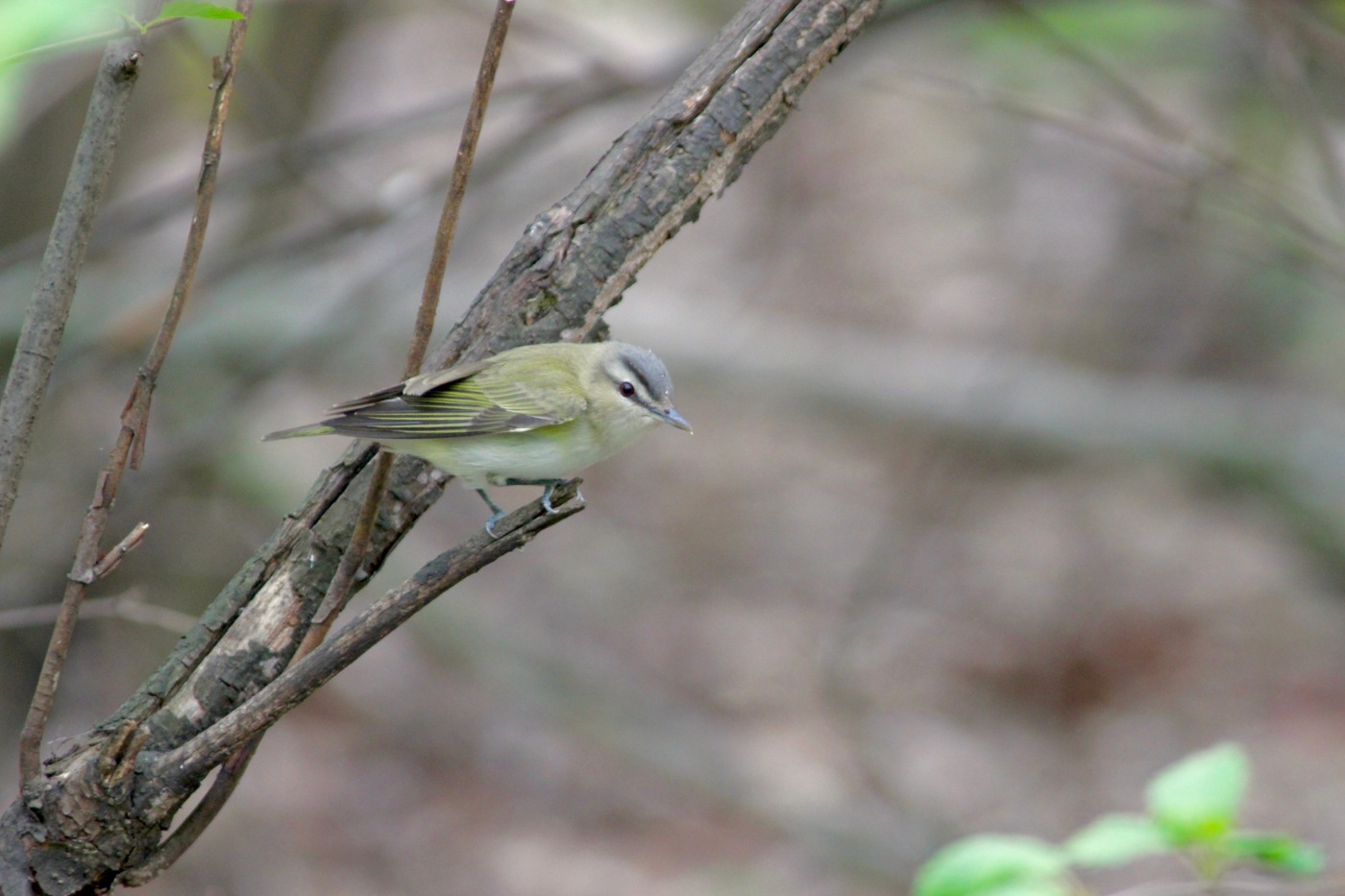 Hey guys, welcome back. Our third vireo today, and second in a row is the aptly named red-eyed vireo. Although admittedly, the red eye can be hard to see at times due to lighting and some individuals simply having a darker red iris. To me, the red-eyed vireo looks like the warbling vireo but with the contrast turned up. They have very similar color patterns, with the red-eyed vireo being a bit more on the greener side, and their facial pattern is similar as well but much more defined due to there being more contrast between the light and dark.

Like the warbling vireo, the red-eyed loves to sing. Red-eyed vireos sing almost constantly during the spring, and some individuals have been recorded to have sung over 20,000 times in one day. In fact, most have over 10,000 song variations! Also like their warbling cousins, red-eyed vireos are common summertime breeding birds in the Eastern US. Learning their song will help you find these canopy dwellers for sure.

Throughout the course of this blog, we’ve talked about birds that used to be lumped with different species as one, or vice versa. Well, the red-eyed vireo is the most recent of these. Every winter, the red-eyed vireo travels south to Brazil to winter. But there is a population of them that don’t migrate; they stay in Brazil year round. This population was considered a subspecies of the larger red-eyed vireo species. After years of observation, and a molecular phylogenetic study, this non migratory subspecies was promoted to full species status in 2017, with the new species popping up on eBird checklists in 2018. The chivi vireo is one of the newest bird species. Well, come back next time when we’ll go from a small greenish bird to one that is bright blue. Indigo bunting is up next! See you then!