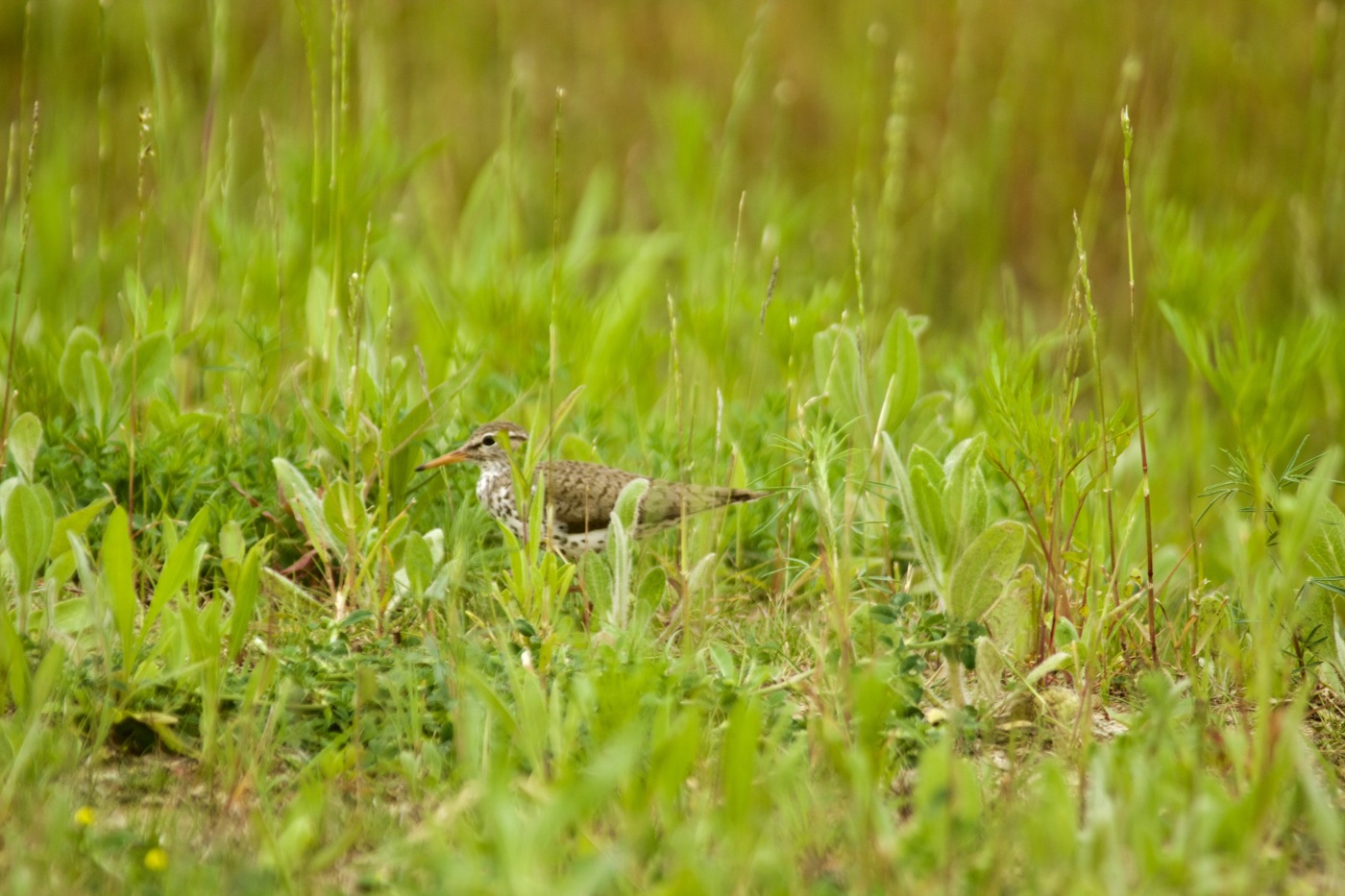 Hey guys, welcome back. Today’s bird is the most widespread breeding shorebird in North America; the spotted sandpiper! Found in every part of the lower 48 states, as well as most of Canada and Alaska, the spotted sandpiper is one of the easiest shorebirds to ID. They are brown above, and white below with an orange bill and yellow legs. During breeding season their bellies are filled with dark spots. In non-breeding season, however, they lack their namesake spots. Don’t worry, you can still tell what they are. Their white bellies kind of wrap up and around the front of their wings, giving a sort of Nike swoosh look – a feature that sets them apart from other sandpipers of similar size.

Spotted sandpipers are pretty interesting bird in terms of their mating habits. The female typically spends her time defending the territory while the male sits on the nest and raises the young; a role reversal compared to most other species. In fact, females will sometimes have multiple nests with multiple males, leaving the males of each nest to take care of the young. Like a number of sandpipers, the spotted is often found away from the shore. They are common in mudflats near pretty much any body of water from small ponds and streams to large lakes and rivers. While foraging for invertebrates in the mud, the spotted sandpiper will almost constantly bob its tail up and down.

I was fortunate to learn the spotted sandpiper during fall when the birds lack their spots. Learning to ID them like this helped me to notice other features of the bird, which in turn helped me to notice these features (such as behavior) in other shorebirds which can often be the difference in getting a confirmed ID or not. Of course, that doesn’t mean shorebirds don’t confuse me – they do! Next up, we’ll head back to the forest for our next vireo. See you then!